When you book with an account, you will be able to track your payment status, track the confirmation and you can also rate the tour after you finished the tour.
Sign Up

Or Continue As Guest

When you book with an account, you will be able to track your payment status, track the confirmation and you can also rate the tour after you finished the tour.
Sign Up
6513

Do not hesitage to give us a call. We are an expert team and we are happy to talk to you.

This program has been designed as a mix between visiting Colombias highlights and some local experience and could be ideally for families or a small group of friends looking for a good composition of what on offer. We offer a decent standard of accomodation throughout the duration of their trip.

Highlights will be the Carribean costal cities of Santa Marta and Cartagena.  A visit to an indegenous community, the UNESCO famous Tayrona Park and its beaches and the colorful town of Guatape with its maze of waterways and iconic granite rock rising above it all.

Take a helicopter ride over the rock of Guatape, mingle with the local natives at Goseczhy, spot monkeys in the trees in Tayrona, taste frshly-roasted coffee on the fincas of Salento, visit the most beautifal town in Colombia- Barichara, horse back ride along the beaches or in the forests, are just some of the experiences we can offer you on this tour.

In this 15-day  journey we will offer you to gain an unforgettable experience that would be difficult to plan for yourself independently in the time given!

The starting price of this tour is based on 6 people as for this tour we focus on families or a group of friends, the price will go lower at the booking page if more than 6.

Also, those who wish to extend their trip by a few more nights see options below and enquire for more details.

OPTIONAL TRIP EXTENSIONS BELOW:
• Lost City trek  4 days/3 nights (from $350 per person) considered a moderate-strenous hike so we would kindly ask people who have good stamina and fitness levels, to join  (horses can be rented for some parts of the trail).

•Barichara 3 day/2 night extension (from $300 per person – shared twin/double room) a chance to visit the town known as the most beautifal place in Colombia and enjoy its incredibly scenic surroundings.

PRICES ARE BASED ON 5 people or more

Today, someone would meet you from your international flight at any time then transfer to your centrally located hotel in the historical district of La Candelaria. The transfer takes around 20-25 minutes depending on the time of day and level of traffic.

Day 2Visit to La Candelaria and Monseratte Hill and monestery, fly to Medellin and transfer to Guatape

We start on foot covering the main squares (Plaza Bolivar) and parks (Santander & Writers park) then continue uphill to Mount Monserrate – a major landmark on the edge of downtown Bogota. We can take the steep train ascent to the top 3132m for the best panoramic shots of the city as well as view some lovely gardens and the main church on topOptional and if time – We then return back down to visit the Gold museum (1 hour: 10-30-11.30) which is renowned to be the best and biggest museum of its kind in Latin America with over 50,000 artefacts.
Around 12.45pm we will head to the airport (20 minutes) and take the short flight (1 hour) to Medellin at around 3pm.
Upon arrival we transfer in around 1.5 hours to our lovely located hotel cabins next to the rock of Guatape and only 5 minutes to the town of Guatape.
Introduction: Guatape is an amazing set of floodlands shaping many labyrinthic patterned lagoons and peninsulas. The jewel in the crown is its large protruding volcanic plug of granite, a cliff-faced rock known as ‘Piedra de Peñol’ or the ‘rock of Guatape’.
Overnight 3* hotel Zocalo Campestre, Guatape

In the morning, we can hike up the 650 steps to get on top of the ‘rock of Guatape’ also known as ‘Piedra de Peñol’
Climb starts from right outside our door and normally takes around 1 hour to get to the top. Maybe a little more.
In the afternoon we have to go out onto the lake and explore the area by boat and the chance to view one of the Mansions that was of Pablo Escobar bombed in the early 90’s and now lies in ruins..

Today we head back 2 hours to the airport stopping for lunch at the replica town of the original Guatape. In 1973, the area was flooded to create a reservoir that was built nearby and what we see today as the waterways that surround the area. The entire town is now under water, so basically, they built a replica to keep its memory.
We then transfer on to Medellin airport. The 1 hour flight should get us into Cartagena by sunset and just a 15 minute drive to our hotel in the historical town.
Then you can go out to enjoy the night-life on offer and some food and drinks!

After breakfast, there is the option to wander at your own leisure or take the scheduled sight-seeing tour by open-top bus leaving from the Clock-tower every 45 minutes, where you are welcome to hop ‘on’ or ‘off’ along the route at various points of interest such as the San Felipe Castle, as well as the main Pier, the waterfront, the Rafael Nuñez museum, Gold museum and the Street-food market. The scripted guide is in audio on the Open-top tour-bus.
Within the constraints of the walled-city and old town, there is also a walking tour on foot as well starting at 4pm from the clock tower and last about 90 minutes. The tour, is led by a local, bilingual guide.

Some time after breakfast we transfer 4.5 hours by private van to Santa Marta along the Carribean Coast of North Colombia

Although Santa Marta is a good base for exploring Tayrona National Park & Beaches + the village trek we stay here just one night as really we want to continue on to the places of interest directly.
We can spend the afternoon exploring the beach front before our trek briefing at around 5-6pm

We leave at approximately 8:00 a.m. from the main office in Santa Marta, in a 4 × 4 vehicle, bound for the Gotsezhy Indigenous Community. We will be arriving at about 9:30 am at the village of Guachaca, where we will begin the trekking of approximately two hours to Gotsezchy Refuge. We arrive to the Indigenous Community of Gotsezhy, where we will take a break and settle, and then interact with the Wiwa community that inhabits this region. After that it is time to take a traditional lunch with the Indigenous Community, rest and then visit the surroundings of Gotsezhy, interacting with the culture and traditions of the indigenous Wiwa, natives of the region, we will also enjoy a refreshing bath at Guachaca River and in the enchanted waterfall Matuna. At approximately 17:00 p.m. we meet and chat with the village chief about the customs and cultural traditions, then dinner and resting until the next day.

The day starts getting up early to have breakfast, and immediately we will visit ancestral and cultural places, with talks and exhibition of handicrafts typical of the Wiwa.
Around noon we will have lunch, we rest and then get ready and start the trek down to Guachaca, where the 4 × 4 vehicle will be waiting for taking us back this time to our accommodation on the Caribbean beaches of Palomino and where we spend the next 2 days and nights.

Free day to enjoy this relaxed town by the coast. You may wish to get a massage, do a yoga class or take a surf lesson at your own expense. Also you can take the opportunity to wash clothes at a laundry shop.

Today, we leave early while still cool, and drive 45 minutes to Tayrona national reserve park entrance. We have a 1.5 hour walk to get to some of the nicest of the beaches located at Cabo San Juan and Canaveral.

TAYRONA NATIONAL RESERVE
The park has an area of 150 square kilometers and is UNESCO heritage accredited. It is located in the jurisdiction of the Santa Marta municipality, in the Department of Magdalena, and spread over the north coast of Colombia which borders on the Caribbean Sea.
Scholars have done an extensive classification of animal species living in the park, which include about 108 species of mammals and 300 species of birds. Monkeys such as The Mantled howler, the Oncilla, native deer and more than 70 species of bats are among the park’s typical residents.
The park’s 300 species of birds include the montane solitary eagle, the military macaw, black-backed antshrike, white-bellied ant-bird and the lance-tailed manakin. There are also approximately 31 species of reptiles, 15 species of amphibians, 202 species of sponges, 471 species of crustaceans, 96 species of annelids, 700 species of molluscs, 110 species of corals and 401 species of sea and river fish.
Several trails inside the park can be done to get to the interconnecting the beaches and the entry/exit points.
Our journey back is best done by taking horse which shall await us at the beach and take us back near to the entrances where buses wait.
From the park we have just a 5-10 minute transfer to our hotel where we spend our next

We take a morning flight from Santa Marta to Pereira lasting around 1 hour. Then, after a 1 hour transfer we arrive into the heart of the Coffee region (la zona cafetera) to stay there for 3 nights. During the evening, we can try some delicious local dishes. The pretty town of Salento is great place to relax and you can enjoy our wonderful surroundings and plan for the next day what we will do.

We have a full day to explore the area know as the Zona Cafetera.

We will start with a morning tour of a local coffee farm and take the guided tour showing us the processes as well as tastings. In the afternoon we can either offer you to take a trip to Cocora Valley involving a short 2-3 hour hike to see the highest Palm trees in the world. Alternatively you can relax, see town or go on a horse ride.

Day 13Transfer to airport, fly to Bogota and connect with International journey home

Return to airport and fly to Bogota

If you decide to do the extension to Barichara you would continue to fly to Bucaramanga in 1 hour and then take a 2.5 hour transfer to the town in the evening. Overnight 3* hotel Barichara

Today you will have a walking tour of the town with a local guide. Barichara has been nominated as the most beautifal in Colombia. There are some stunning street scenes colorful buildings and churches to photograph as well as a eco-park to explore at the top of the town. If you wish we can offer to visit a local paper workshop.
In the afternoon you are free to relax and enjoy one of the towns cafes or ice-cream shops or you can take the historical hike to Guane in just over a couple of hours.

We offer you the transfer back to the airport and local flight (in the morning or afternoon) to Bogota where services terminate.

If you need an extra night at Bogota or near the airport then this could also be arranged. 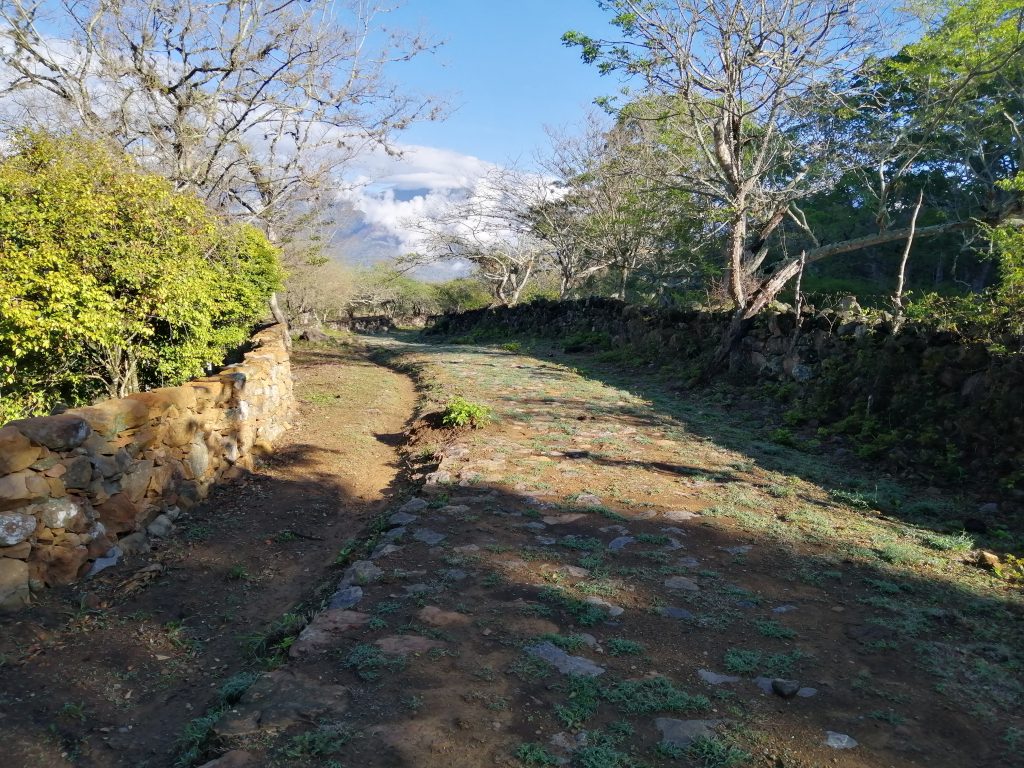 Community based tourism in Pisac

From$450
9 travellers are considering this tour right now!
[formulario-reclamaciones]
error: Content is protected !!